DJ Kurono is Coming to SpringFestNY 2014! 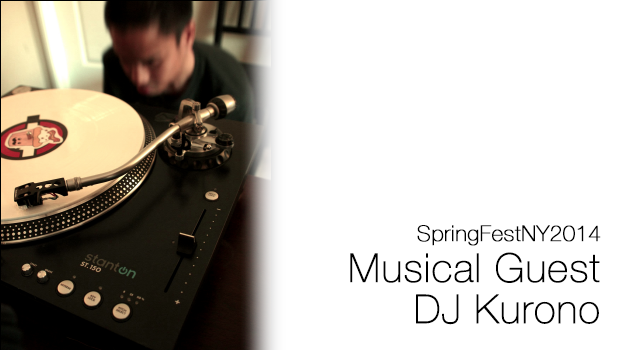 Kurono started as a Hardcore DJ around early 2009 and later moved onto music production while carrying a huge passion for the Japanese Hardcore Rave scene. He is known for strongly supporting J-Core and anime remixes in North America because of the major influences in music from Japanese producers and musicians.

After years of dedication to production, mixes, and remixes, he has contributed his own works to a few underground digital music labels across the world. Kurono has performed live at many conventions and events alongside popular vocalists found on NicoNico and YouTube to promote the J-Core sound all across the U.S!

Upon his recent success with his first CD album “Kunoichi Style”, he will debut his new “J-EXPERIENCE” Promo Mix CD at SpringfestNY 2014! You can find both of his CDs available at his table!