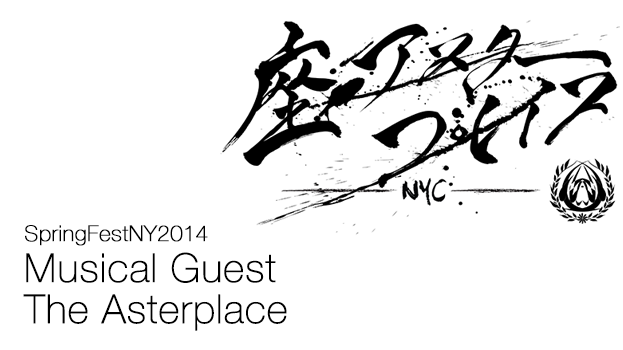 Leaked or not, we’re still very excited to announce that The Asterplace is our next musical guest!

The Asterplace is a Tokyo Melodic Core / Japanese Anime Rock Band from Japan, based in New York City. They perform worldwide at Rock festivals and Anime/Comic conventions. Their band name means creating beautiful music like flowers blossoming every year and the origin of the name came directly from their beautiful melody of music. As the sun shines in the world, as the moonlight in the sky, The Asterplace plays music toward the world.

They have performed not only at famous New York venues such as the Studio, Webster Hall, and Arliene’s Grocery, but also at numerous festivals and cons like Washington DC’s Sakura Matsuri, the Tribecca Film Festival, Zenkaikon, Tora Con and so on.